What You Need to Know This Week

The Centers for Medicare & Medicaid Services announced monthly Medicare Part B premiums and annual deductible for 2021. It also issued a fact sheet with details of the income-based Part B premium, along with Medicare Part A cost-sharing amounts. The Part B deductible will increase by $5 to $203. MHA published an issue brief with additional details.

Today, the Missouri Department of Health and Senior Services issued a health update with recommended measures to limit false positive results with COVID-19 antigen tests. The update stressed the importance of following the manufacturer’s instructions when using antigen tests for COVID-19. The U.S. Food and Drug Administration issued a letter of concern regarding the potential for false positive results with antigen tests for the rapid detection of SARS-CoV-2, the virus that causes COVID-19. Failure to strictly adhere to the manufacturer’s instructions and the following guidance provided by the FDA may lead to an increase in false positive test results, which can have a substantial negative impact on the community.

Three major drug distributors and a large drug manufacturer are closing in on a $26 billion deal with state and local governments that would end thousands of lawsuits over the companies’ role in the opioid epidemic. The deal is $4 billion more than an offer made a year ago, which was rejected by many states and municipalities. A major difference in the latest offer is $2 billion earmarked for private lawyers who represent cities, counties and some states.

If the deal is finalized, four of the most prominent defendants in the nationwide litigation — McKesson, Cardinal Health, AmerisourceBergen, and Johnson & Johnson — no longer would be at risk from future opioid lawsuits by these governments. Other drug manufacturers and the national pharmacy chains still are facing thousands of such cases.

Most of the money from the settlement deal is intended to help pay for treatment and prevention programs in communities ravaged by addiction and overdoses. 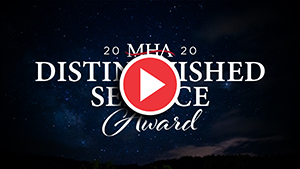 Last week, MHA held its first virtual convention. Convention participants can view sessions that they might have missed on the virtual platform. For individuals who did not register or participate, MHA released the convention videos, including the opening video and the MHA Distinguished Service Award video — both of which pay tribute to Missouri’s hospitals and hospital employees. Each hospital will receive an award, and hospitals and health systems are encouraged to share the videos with their staff.